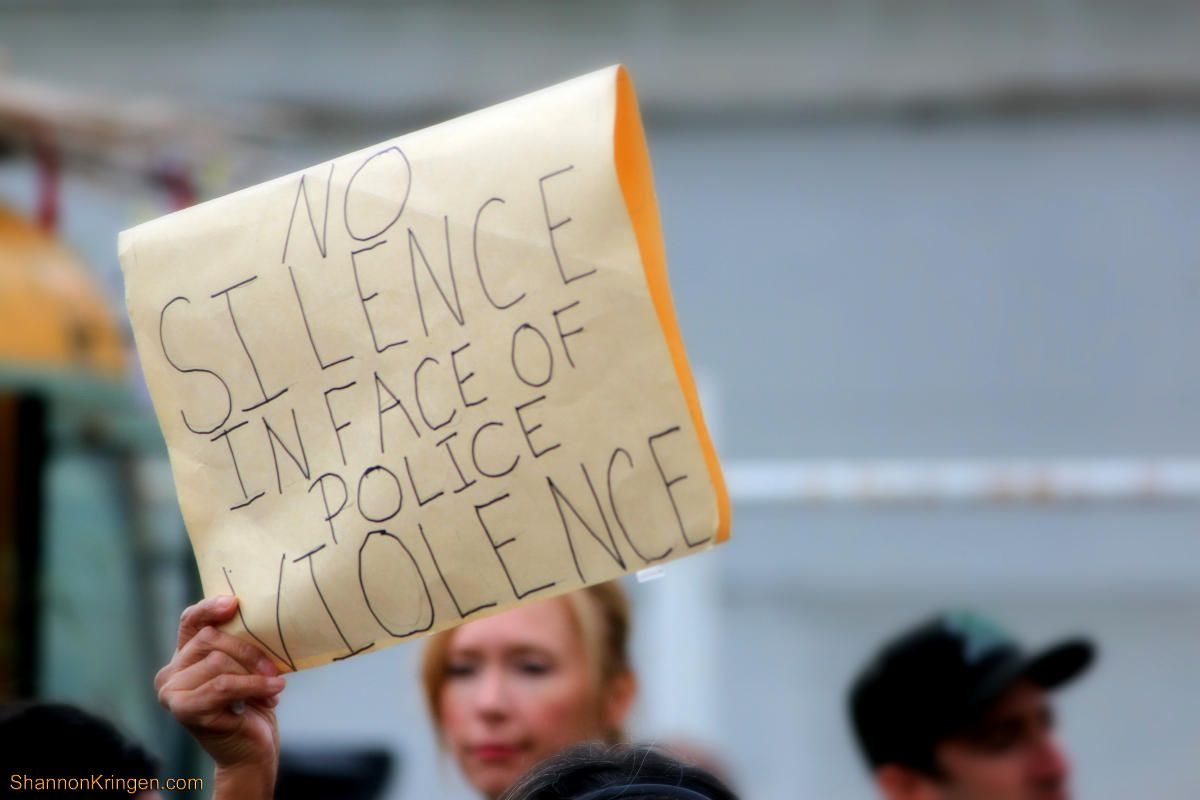 Statement to the UN Committee against Torture

The Hellenic League for Human Rights, founded in 1936, is the oldest Greek Non-Governmental Organization in the field of human rights. The Hellenic League for Human Rights (hereafter HLHR) would like to extend its tanks to the United Nations Committee against Torture for the opportunity to express it views regarding the implementation of the UN Convention against Torture by Greece in the light of the consideration of its 5th and 6th periodic Reports. The HLHR will not embark, with its present statement, upon a detailed commentary of the Greek Reports, apart from noting that the Reports abstain from providing information on the actual situation in the field and the related problems. The HLHR will focus on certain thorny issues and recent developments, which in its view will contribute to portray the overall situation in Greece.

With regard to detention conditions of irregular migrants, the HLHR does not consider necessary to describe itself the severity and deplorability of the situation. It fully endorses the detailed findings of both the Committee for the Prevention of Torture in its latest Report (1) and the UN Special Rapporteur on Torture, Mr. M. Nowak (2), which were corroborated by the joint visit of the Greek National Commission for Human Rights and the Greek Ombudsman in detention facilities for aliens in the Evros Region, which took place after the visit conducted by the former ones, in March 2011 (3).

It is evident that the above provision is quite problematic both in terms of compliance with article 5 of the European Convention on Human Rights and article 9 ICCPR and actual implementation: a) it establishes a presumption of danger to public health based, inter alia, on the country of origin. An alien may be detained not because he suffers from an infectious disease, but simply because he is perceived as potentially suffering from one because of his country of origin; b) as far as the presumption of danger to public health based on living conditions of asylum seekers is concerned, HLHR is compelled to remind of the fact that Greece does not comply with its obligations on reception conditions for asylum seekers (on the basis of PD 220/2008) (6) as it is also evident from the ECHR’s M.S.S. v. Belgium and Greece judgment; (7) c) according to data of the Medecins sans Frontiers in the Evros region, over 60% of the medical problems of detained migrants are caused by or are directly linked with their detention conditions; d) given the fact that Greece has failed so far to provide decent and humane detention conditions for healthy detainees, the question rises on how and in which facilities will it manage to meet the standards for the detention of individuals suffering or potentially suffering from infectious diseases.

Concerning the detention conditions in Greek prisons, the HLHR once more fully endorses the findings of the European Committee for the Prevention of Torture and the UN Special Rapporteur on Torture. It would also like to note two recent judgments of the European Court of Human Rights in the cases of Taggatidis and Others v. Greece (8), and Samaras and Others v. Greece (9), where the Court found that there was a violation of article 3 of the European Convention on Human Rights due to the detention conditions of the correctional facility of Ioannina.

It is worth noting that over-population in prisons, excessive pre-trial detention, and overpopulation in special detention facilities for aliens seriously affects numerous police (and border guard) station detention facilities. Individuals are detained therein in a dismal situation, due to lack of space in the proper facilities, for long periods of time as all above mentioned reports have put forward. A series of cases adjudicated by the ECtHR dealing with Greek citizens, irregular migrants and asylum seekers (10) highlighted this issue, which seems not to be under consideration by the government.

With regard to acts of torture and ill-treatment personnel involved in the custody, detention, interrogation and treatment of detainees, the HLHR would like to note the following: a) in the recent case of Zontul v. Greece, which involved the torture of a detainee by a coast-guard, the European Court of Human Rights expressed its doubts as to the existence of a thorough and effective investigation, in the context of administrative disciplinary proceedings, of the complaint filed; (11) b) Your Committee as well as other international monitoring bodies, such as CPT, and ECRI, have recommended several times the establishment of an independent and effective police complaints mechanism. Law 3938/2011 provides for the Establishment of an Office for Incidents of Misconduct, which is responsible for the collection, registration, evaluation and further communication of complaints, in order to be investigated by the competent services or authorities, for acts of uniformed personnel of the Greek Police, Greek Coast Guard prison and the Fire Brigade, which took place while performing their duties or by abusing their position. However, the involvement, only in exceptional cases, of the said Office in the actual investigation of the complaint filed does not correspond to the essence and the need for an independent investigation complaints mechanism. The Greek National Commission for Human Rights has also been critical of the said Law (12).

The HLHR would also like to inform the Committee of the initial conclusions following the pilot operation of the Racist Violence Recording Network established by the Greek National Commission for Human Rights and the Office of the UN High Commissioner for Refugees in Greece with the participation of 18 NGOs, including the HLHR. The Network seeks to fill the void created by the absence of a formal and effective system for recording incidents and trends of racism and racist violence in Greece, according to international and European obligations of the State. The NGOs who participate in the Network provide medical, social and legal services and / or come in direct contact with victims of racist violence. During the period of its pilot operation (1.10.2011-31.12.2011) 63 incidents were recorded. In 18 incidents police officers were involved (10 in Athens, and 8 in Patras). In these incidents uniformed personnel while exercising their duties resort to unlawful acts and practices of violence. There were also cases of transfer in police stations, detention and ill-treatment for some hours, as well as destruction of legal documents. In one case, a police officer destroyed drugs that an alien had obtained from NGO clinic (13).

As regards access to a fair and impartial individual asylum determination procedure, the HLHR needs to note that the situation remains problematic, especially in Athens. The Directorate for Aliens of Attica registers only every Saturday approximately 20 asylum applications, whereas the rest of the week the only people with access to the asylum procedure are the ones belonging to vulnerable groups, i.e. sick people, pregnant women. The HLHR acknowledges that some efforts have been made to improve the asylum procedure in terms of quality and promptness, such as the establishment of the second instance Appeals Committees, the rise of number of interviewers in the first instance, but given the structural deficiencies of the current asylum system, the large number of pending cases and the significant number of aliens in need of international protection Greece is far from reaching the required standards. In relation to that, it needs to be noted that the new Asylum Service established by Law 3907/2011, which will be staffed exclusively with civilian personnel, and is hoped to resolve a lot of the longstanding deficiencies is still not operational.

Moreover, the First Reception Service, which was established by Law 3907/2011 and will be conducting all screening procedures, is also not operational. The HLHR is cognizant of the financial and hiring restraints both the Asylum Service and First Reception Service face, but it may not stress enough the need for their immediate and proper operation to become a priority for the Greek Administration.

Recommendations: The government should take the following immediate measures, which consists of the minimum for improving or remedying the above mentioned issues:
• Provide basic facilities (hot water, heating, nutritious meals, cleaning etc.) in prisons and police detention premises;
• Reduce overcrowding in prisons and police facilities by adopting alternative pre-trial restrictions instead of pre-trial detention, and reducing punishment for drug addicts;
• Consider alternatives to deprivation of liberty for irregular immigrants whose deportation is not feasible, asylum seekers, victims of trafficking and unaccompanied children;
• Make the Asylum Service and First Reception Service fully operational, fair and impartial;
• Provide human rights training to police/coast-guard officers and establish an independent and effective police complaints mechanism.

Thank you for the opportunity to contribute with this statement to the work of the UN Committee against Torture.

Konstantinos Tsitselikis
Chairman of the Hellenic League for Human Rights