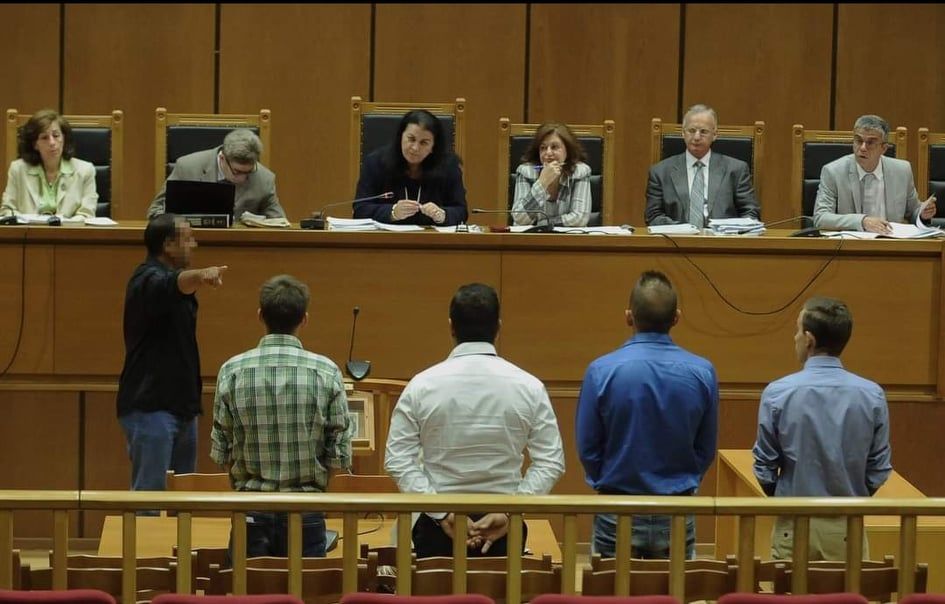 The Sun Sets on Golden Dawn: The End of an Emblematic Trial Against Extremism in Europe

The conviction of Golden Dawn leader Nikolaos Michaloliakos and six other leaders of the Greek far-right group, for leading a criminal organisation, along with the conviction of 11 other former Golden Dawn MPs, put an end to a five-year trial whose implications will echo far beyond Greece’s borders.

The seven board members of the Greek neo-Nazi party and 11 of their associates were found guilty of having led or participated in a criminal organisation whose practices led to numerous criminal acts, including the 18 September 2013 murder of anti-fascist rapper Pavlos Fyssas, for which the perpetrators were also held responsible.

“This verdict sends a strong message to all extremists in Europe,” declared Alice Mogwe, FIDH president.

« Anywhere where crimes are committed in the name of racist ideology – whether the offender is an ordinary citizen or a politician – justice must prevail.» Alice Mogwe, FIDH president

In 2015, on the eve of the opening of the Golden Dawn trial, the party was the third strongest political force in the country. Its activists entered the defendants’ dock as members of a political party; five years later, they have emerged from the courthouse recognised as members of a criminal organisation. This is the trial’s greatest victory, especially in light of the prosecutor’s appeal for acquittal in December 2019, which said that she had no evidence of “the centralised coordination of the attack” and therefore of the involvement of the group’s political leadership in the commission of the crimes that were prosecuted.

Dimitris Christopoulous, president of FIDH at the time he appeared during a 2018 hearing, was cited as a witness in the trial held in Athens. In his testimony, he underscored the fundamental distinction between ideas and actions: “Golden Dawn members are not on the stand today because of what they think, but because of what they’ve done. …[B]elonging to an organisation whose ideology targets human beings it considers to be sub-human, these heinous ideas drive them to criminal behavior that no nation should accept or tolerate.”

“The condemned are not facing a prison sentence today for their slogans, their Nazi greetings or their swastikas, but for criminal acts that have been exposed and ascertained in a criminal proceeding before and independent court and with respect for international fair trial standards. Indeed, the crimes they have been judged for are nothing when compared to the ones they have allegedly committed, and that went unreported or failed to be investigated or prosecuted,” emphasised Giannis Ioannidis, HLHR’s president.

The trial – which examined not ideas but criminal acts committed in the name of an odious ideology inciting hatred against a particular segment of the population – condemned these acts and the threat they, and those who commit them, pose to society. The verdict thus represents a solemn commitment undertaken by society as a whole, and by the institutions meant to support it, to condemn racist violence and hatred of the other, and uphold the values of justice and accountability on which democratic societies are founded. It also marks a first step towards reparation for the victims of these acts, and is an important reminder of the dangers that the manipulation of collective fears, propaganda and stigmatisation can pose to our societies.

« “Every member of a democratic society is affected by the Golden Dawn trial. Its outcome will serve as a springboard to defeat extreme-right radicalism in Europe. It is a landmark event for Greek democracy and beyond.”» former FIDH president Dimitris Christopoulos.

“We hope that this decision – the first since Nuremberg to target fascist criminal acts committed by sitting political representatives – has an impact not only in Greece, but throughout Europe, by dissuading and preventing similar acts driven by this same heinous ideology,” concluded FIDH president Alice Mogwe.