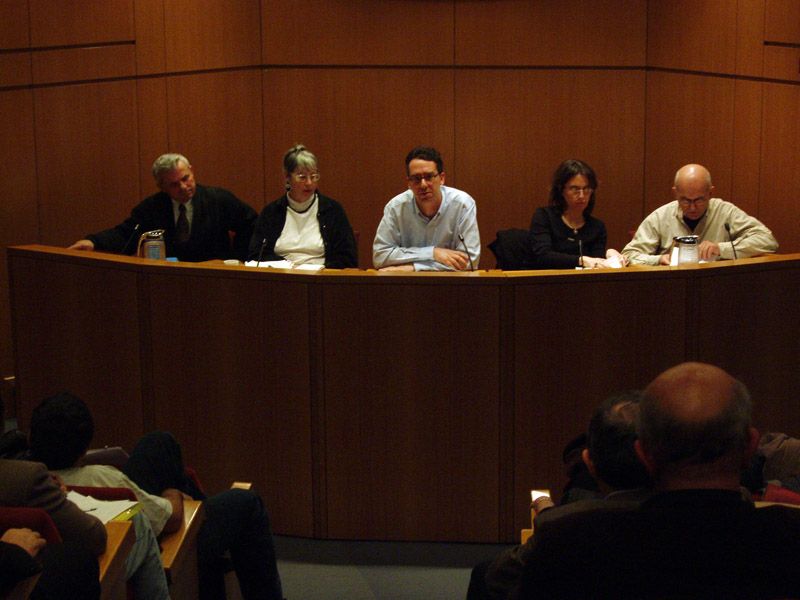 The first National Dialogue meeting for Migration in Greece

On Saturday 15 of January 2005, the first National Dialogue meeting for Migration in Greece, co-organized by the Hellenic League for Human Rights (HLHR) and KEMO (Research Centre for Minority Groups) was held with great success and wide participation of public and NG organizations, as well as immigrants’ associations and various stakeholders.

–  The subject of the meeting, under the general title ‘Immigrants’ “integration” policies’, was the transposition of the EC directives about family reunification and long term residence status for third country nationals, as well as general orientations and redefinition of European Migration policy for the integration of immigrants and its implications in Greece.

The 1st National Dialogue on Migration aimed to introduce and re-inforce innovative elements for the Greek public discussion (one of our main goals for the EMD project in Greece) such as:
à  active and extensive participation from immigrants’ organizations building up a strong immigrants’ political discourse and public presence, as well as

à a fertile exchange of views and definition of a common platform for proposals by academic, policy-maker and NGO and immigrants’ representatives and stakeholders.

– The discussions following brief presentations and comments were lengthy and analytical enough to touch the core of issues and put in evidence major problems and policy perspectives. The meeting has been supported by an extensive e-mail, newsletter and print-outs provision by the EMD team prior and during the meeting, indicating hot issues and main working papers or official documents, among which the EMD issue paper 1 (by Y.Schibel).

– The program of the meeting contained 3 distinct public consultation sessions. For each of them and on every single issue, representatives of the Greek Migrants’ Forum and other immigrants’ associations intervened as speakers and discussants, while a position paper by the immigrant communities has been distributed as part of the meeting material.

The keynote speech about the need for self-organizing of immigrants’ was addressed by Mr.Ahmet Moavia, President of the Greek Migrants’ Forum, while Ms Papadopoulou (HLHR) and Ms Stefanaki (HLHR) provided the overview for the directives’ transposition situation today in Greece. M.Pavlou presented the European Dialogue and policy orientation and discourse about integration and its implications for the Greek legal framework and political discourse. Major academics and key-operators on migration policy in Greece have intervened by depicting the flaws and the gaps concerning integration policies, but, most important, by indicating and elaborating specific legislative and practical proposals for a rights-oriented transposition of the directives and a comprehensive and effective integration of immigrants in Greek and European society.

The ND conclusions and proposals are elaborated, in order to promote concrete policy measures and law provisions in the transposition of the directives, as well as in the redefinition of the migration policy in Greece, under way in the next months of 2005. More to come in the next days, at the direction of advocating transpostion and effective integration policies through active networks and public visibility.