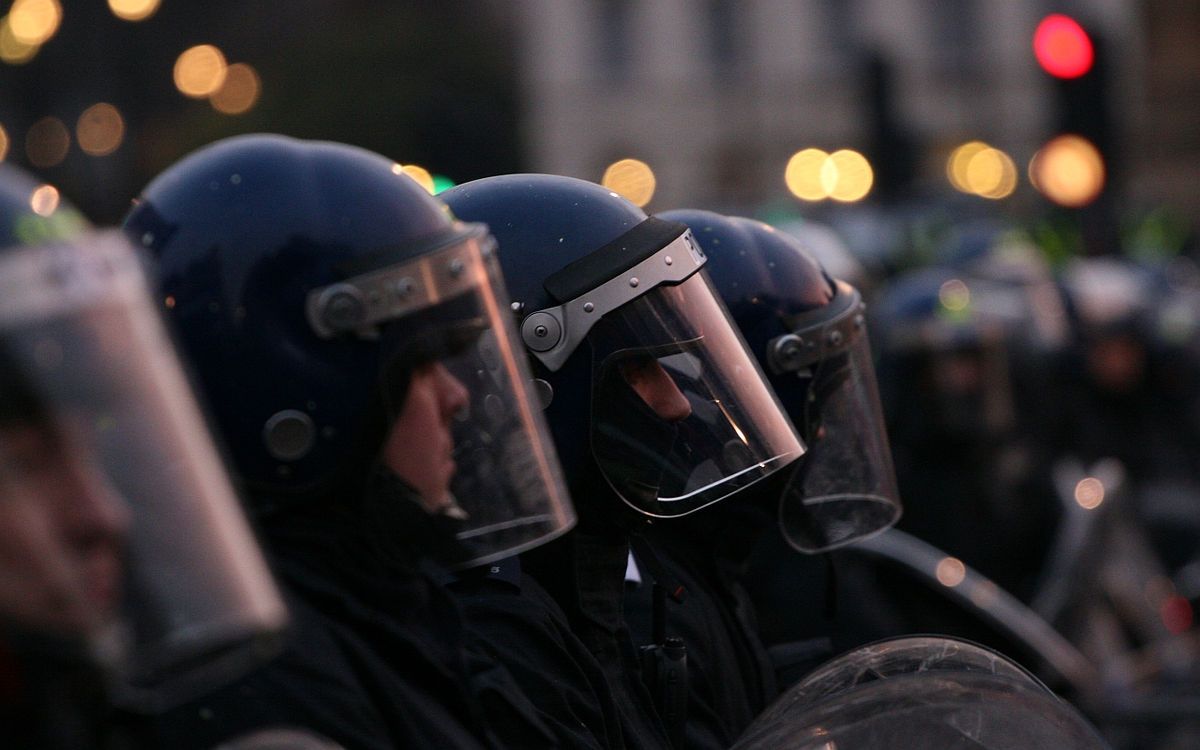 About the distinctive on police officer uniforms

Government through its responsible Ministers, both the former Minister for the Protection of the Citizen, Mr. Chrisochoides and through the recent one Mr. Papoutsis, has several times announced that it intends to introduce the obligation for the police to carry badges on their uniforms in order to enable the identification of a governing body during the execution of his duties. However, this self-explanatory state obligation still remains just an announcement. The reason seems to be the quite problematic refusal of the police themselves.

It should be noted that the police are not any administrative organs, which are anyway subject to the principles of legality and sound administration, which govern a legal state. They are governing bodies responsible, among other things, to use, under circumstances, force. Therefore, the state should guarantee to citizens the opportunity to be able to identify the person who s/he considers that has committed an offense against her/him, as for any other person without exception. Hence, the state is under the obligation to guarantee the right of each of us to have unimpeded access to justice, as required by art. 20 of the Constitution and Article 6 of ECHR, without intermediary and without any exception.

Lately, we systematically witness incidents of police violence, either through our physical presence in gathering areas or through watching a big number of videos circulating on TV and online. Some of them display police officers making use of extreme violence against civilians, either during their arrest, even after the person is restrained, unarmed and completely at the disposal of the authorities, or during demonstrations? dissolution. These incidents require a minimum of judicial investigation. The investigation however is becoming impossible, as shown by practice, partly because the police officers have their characteristics covered (wearing helmets) and do not carry any identification. Therefore, not only the victim cannot recognize in any way, so s/he cannot identify and denounce the perpetrator of the act of injustice against her/him, but nor the administration cannot carry out a disciplinary procedure against the police officer that has allegedly committed an offense. It is unnecessary to point out the hazard caused when a state, with its omissions, annuls the right to judicial review of each of us.

The state therefore has a constitutional obligation, arising primarily from the right to judicial protection, but also from the principles of legality, good governance and trust of the governed, to impose on police officers to carry identification, namely to act in their performance of public service not secretly but openly. It is surprising that this measure is a subject of dialogue between governors and unions in a democratic state and ultimately is not implemented due to reactions!

Secret action and anonymous violence cannot be accepted in the field of legal violence in a democratic society, nor can a number of government officials systematically refuse to state their name, especially in such sensitive positions.