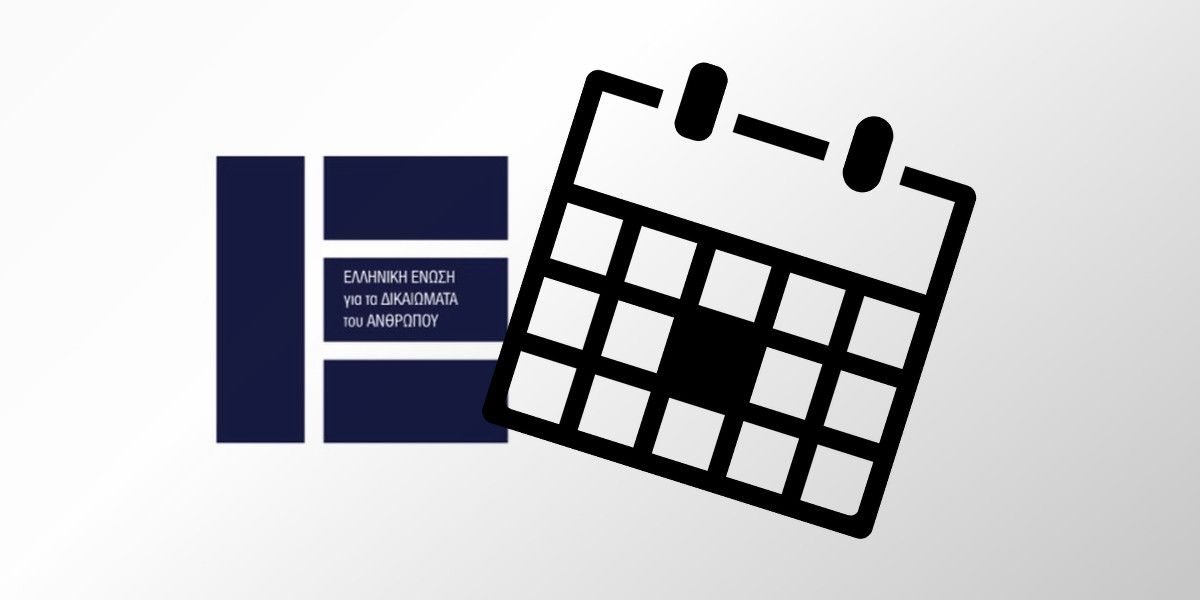 Impact of the financial crisis on human rights and democracy
Speech by Prof. Dimitris Christopoulos, Vice-president of the Greek League for Human Rights – FIDH 38th Congress «Political Transition from a Human Rights Perspective»

Ladies and Gentlemen, dear friends, colleagues and comrades within the FIDH,

The point deriving for the Greek experience I’d like to share with you is that the neoliberal management of the financial crisis entails heavy and to some extend non reparable damages to rule of law, democracy and human rights. Despite the fact that the current crisis management affects heavily society and labor forces, it becomes more than obvious today that it equally affects heavily the institutions and the democratic culture. Let me start by saying that a country with an unemployment rate of 29% and a youth unemployment rate of 64% has definitively issues when it comes to what we, human rights defenders, regard as the necessary preconditions for free exercise of civil liberties.

To put it in one word, in this point in time, democracy suffers along with society.

I will address four points as impact of the financial crisis on human rights and democracy.

1. Domino effect: the systematic violation of social rights causes immediately deterioration of the status of individual ones. Nothing new to us, but, I tell you, one thing is to know it and another is to experience it to that level. Till very recently, we have been regarding human rights indivisibility as an issue which only marginally concerned our “prosperous” western societies. Let me briefly give you some recent illustrations:
Police brutality over the last three years has risen to levels unknown – even for Greek standards (already high before the crisis itself). Obviously, people violently protest against violent austerity measures and the police more violently cuts up the protests. Greece has over the last years, created its own ‘case-law’ before the European Court for Human Rights for systematic violations of Article 3 of the ECHR by police forces.
Unprecedented restrictions to freedom of journalistic speech : On air censoring of the Greek morning show of the Public TV which reproduced allegation of torture by the Guardian within the Greek police and strong guidance by the media owners to journalists.
Banning the right to strike. A few days ago, the High School Teachers had proposed strike for six days during university entrance exams. In a bid to quash the strike, the Greek authorities invoked special legislation which should be enacted only in an urgent social need – for example, a natural disaster or a public health risk to force teachers to keep working. Teachers could face criminal charges and a minimum of three months’ imprisonment if they fail to comply – if charged, they face immediate suspension from their duties and a prospect of losing their jobs.

Human rights, as discourse and ideal to achieve, require a minimum of political consensus among social agents and stakeholders. Such consensus is missing in situation of crisis. Particularly, in a context of which the legacy of history does not provide that peaceful solutions to political crises, polarization – as the one we are witnessing today in Greece, reaches the extremes of political passion. I do not exaggerate by saying the Greek society had not been that divided as today over the last 60 years.

You cannot achieve the famous neoliberal Washington consensus with consensus in the European South. If things do not change, I am afraid that after the Arab Spring comes the South European winter. Instead of spreading hope we will come up by disseminating fear. Ι In a situation of an intense social struggle, it isn’t easy to attribute rights to the opponents. Or, to put it better, it more difficult to do so than in times of social consensus and cohesion; and we witness that today more than we were use to.

Frustration, fear, luck of institutional trust and social sorrow is the background material for the rise of far right wing extremism, an existential enemy to human rights. The juncture of the financial crisis does not automatically lead to the rise of such movements, but it provides fertile soil for them. To put it simply, we should not consider that far right wing populism or even neo-nazi movements, such as the one we are facing in Greece is the direct product of crisis. Crisis can deliver other political cultures also. But we must not forget: the political culture of far right had always been present in Europe: today its facade is the racist anti-migrant discourse, not many years ago ferocious anti-communism, before bloody nationalism and so and so on. Still, the problem is not only the far right political beast. It is its impact on mainstream centre right or even center left policies. More than ever, in situations such as the one we are facing today, far right wing political culture is a virus contaminating the whole political spectrum in much broader sense. We are virtually talking about a total dislocation of the global political discourse to the far right. What we knew as populist – nationalist far right became neo-nazi element, what was a classic center – right wing is attracted more by extreme right wing political rhetoric and what remains of center-left can hardly be distinguished in terms of human rights performance from a traditional conservative political discourse. Just to give you an example: the Greek coalition government is currently considering passing an anti-hate speech draft and the main political opponent to it is the leading conservative party of the Greek prime-minister, Mr. Samaras, along with the Nazis. Not to mention of course, the cohesive anti-migration discourse a common ground to both the right and the far right political discourse. My point is that the current crisis management does not only provide the soil to neo-liberalism but to neo-conservatism as well, to its most extremes.

4. Norms give place to decisions.

Human rights need norms; otherwise they just can’t do it. In the European South today, rule of law is replaced by an undeclared emergency state. We are living in a de facto state of exception, a dictatorship of the executive, and trust me: I do not want to use the term ‘dictatorship’ for free nor to pass the message that democracy is not there. My point is that democracy is suffering. Laws are de facto or de jure replaced by deliverable decisions to the troika for the production of which always «time is running out». The parliament only formally legislates. It simply ratifies by voting texts based on the copy-paste recipe of the IMF. Texts unknown or unread by the MPs… Being a Greek, I know well what it means to talk of dictatorship and I do not wish to abuse concepts. But still, the problem today is the level, the quality of democracy: we’ve never have witnessed a poorest democracy after the end of the dictatorship in the mid 70s and that is common to the entire European South.

It is more than obvious today that neoliberalism is the par excellence enemy of political liberalism, the intellectual heritage of human rights. Neoliberal policies do not feel safe in the liberal democratic institutions; that is why they discredit them. What is at stake today, is not the Greek, Portuguese, Spanish, Italian – and who knows who’s is next – future, despite the obvious particularities and responsibilities of the both the political elites and the people of these countries. What is at stake, what is threatened is the European identity of liberal democratic social polity, the only body politic allowing us both to disagree and co-exist.

That is why our responsibility is a historical. The weight we have to carry is bigger then ever, unthinkable for my generation. We are indeed living in difficult times – in Greece comparably more. Nonetheless, I see no other perspective for us – human rights defenders – but to undertake this responsibility and navigate the historical risk we are facing. I am very far from predicting what the outcome of our struggle might be. I am only arguing that our commitment, our dedication to it, is for a good cause both for us and the future generations.